Sometimes you want to switch the branches, but you are working on an incomplete part of your current project. You don’t want to make a commit of half-done work. Git stashing allows you to do so. The git stash command enables you to switch branches without committing the current branch

The below image demonstrates the properties and role of stashing concerning repository and working directory. 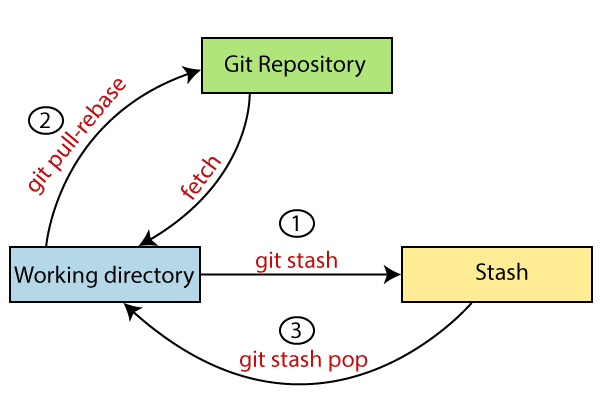 Git allows the user to re-apply the previous commits by using git stash pop command. The popping option removes the changes from stash and applies them to your working file.

If you have some better tricks to use git stash, please share your ideas in comment section.